Skip to content
Portada » What is the best treatment for bruxism?

Do you suffer from bruxism and don’t know how to treat it? Let’s learn a little more about the treatment for bruxism, its causes, symptoms and a little more.

Bruxism is a pressure on the teeth that is exerted involuntarily and unconsciously, almost always, during sleep or in moments of great concentration or stress, where in addition to pressing the upper teeth with the lower ones and clenching the jaw, the grinding of teeth.

Bruxism is often known to be a condition that can be caused by anxiety or stress and triggers facial pain, headache, as well as tooth wear. 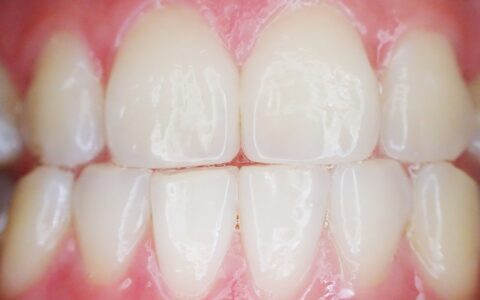 The mere fact of clenching the teeth can generate tension both in the muscles and in the tissues and jaw.

Next, we will mention some of the symptoms of bruxism that are more common:

What are the causes of bruxism?

As we mentioned earlier, bruxism can occur due to various conditions, most of which are psychological factors such as stress and anxiety.

But other reasons are also attributed to it such as genetic factors, allergies, alterations in the teeth such as malocclusion or central nervous mechanisms and muscle problems.

This is why in order to detect the disease, a complete clinical study must be carried out to detect if it is actually occurring, that is, with what intensity and frequency it is carried out. To do this, it is measured through an electromyogram, a study with x-rays, and in severe cases other clinical tests can be used that measure the activity of the muscles and the brain during sleep.

The studies depend on the level at which it is found and the effect that it is producing on the well-being of the person suffering from this condition.

Broadly speaking, this disease can be seen from different perspectives, which is why all of them should be worked on and a treatment for bruxism should be carried out to avoid the symptoms described above and improve the condition.

Treatment for bruxism from a psychological or individual perspective

This part should be controlled quickly through relaxation techniques for both the facial and body muscles and certain behaviors and behaviors that are carried out during the day.

For example, if while you are eating, you move a foot quite quickly, this is a sign of anxiety which you must make conscious to be able to control since all your senses are activated during the day.

In general, relaxation, breathing management, being alone meditating, practicing activities such as yoga can help a lot to manage this condition.

Treatment for bruxism from a dental perspective

The use of a bruxism plate is recommended that treats the symptoms, but not the causes.

This plate is made of a plastic material tailored to the person’s teeth, which prevents wear on them, eliminates earache, jaw pain, headache, and in general facial pain and other discomforts that can introduce oneself.

This plate can be used during the day or night or both, it all depends on the intensity of the bruxism and the recommendations of the dentist.

Treatment for bruxism from a physiotherapy perspective

The contraction of muscles produced by bruxism can be treated by a physical therapist who will teach you to perform exercises and therapies on the facial muscles, as well as any other muscle in the body.

In general, the treatments described above work very well. However, in some severe cases of bruxism it may be necessary to resort to infiltrations into the muscle of botulinum toxin to decrease the strength of the muscle and avoid the pain that occurs due to the pressure exerted.

This treatment is very effective by inhibiting the release of a neurotransmitter that signals to contract the muscle, however, its effect lasts between 4 and 6 months approximately, after which the symptoms appear again if the condition has not been treated from other perspectives .

In addition to the two perspectives mentioned above and their treatment, other recommendations can be given that will help improve symptoms:

Although bruxism is not a serious disease, it must be treated in time to avoid permanent injuries to the teeth and jaw, among other diseases caused by psychological conditions.

We hope that, with these tips, you can alleviate the pain and symptoms caused by the disease and begin to carry out your own treatment from home.

Similarly, you should seek help from specialists to prevent your condition from becoming chronic and affecting your health.